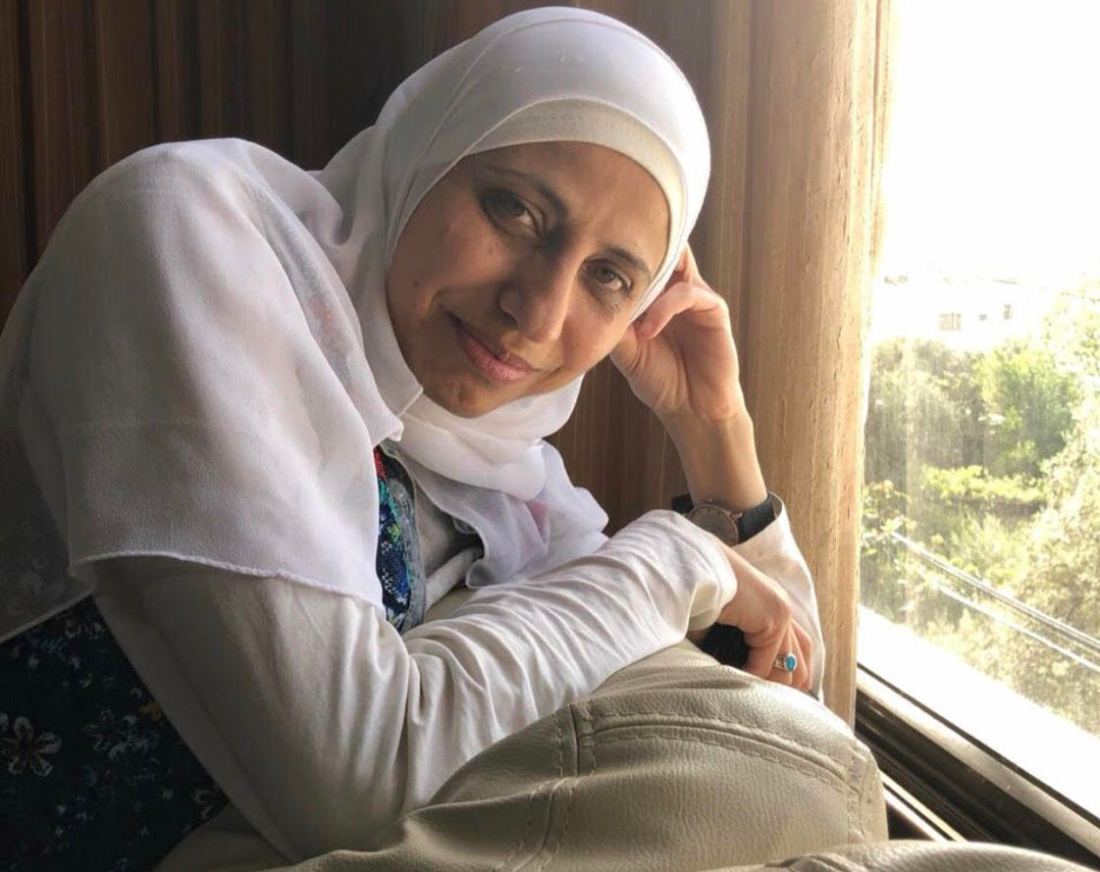 Dareen Tatour a 36 year old palestinian poet and Israeli citizen lives in Reineh near Nazareth. On July 31 she was sentenced to 5 months in prison

She was arrested in October 2015 after posting, among others, a poem titled “Resist, my people, resist them.”

The indictment included a translation of the poem, with the lines: “I will not succumb to the ‘peaceful solution’ / Never lower my flags / Until I evict them from my land.”

Baltimore based writer and poet  Kim Jensen describes both the power of poetry and the paranoia of Israel.

Everything about the trial of Dareen Tatour was like fiction. Everything required the willing suspension of disbelief.

From the opening pages, it was impossible to digest the premise that an unknown young poet from a small town in the Galilee would be hauled off by Israeli police and border guards for a smattering of posts on the internet.

By page two, the story became more and more farfetched. What seasoned, judicious reader could buy into the idea that the protagonist would be interrogated, imprisoned, and criminally charged for saying the same things that millions of people around the world say every single day, only with more urgency and flair?

Page three, page four, five…the narrative became so heavy-handed and inept that all but a handful of true believers had to slam the book shut with exasperation.

To get the truth, sometimes you have to quit and start from scratch.

And it is important to say the Arabic word here because it was in Arabic—not English, not Hebrew—that Dareen penned the words that would be mishandled and mangled in court, just as they have been since the dawn of the Nakba in Falasteen, when, as Darwish wrote, “swords tore through her body and turned her into a table.”

By the power of the gun and by the power of the same racist legal system that convicted Dareen Tatour, the town of Besan was renamed Beit She’an; Saffuriya became Zippori. Qira wa Qamun became Yokne’am; Tantura was replaced by Dor and Nachsholim.

Seventy years later, in the trial of Dareen Tatour, the word Shaheed was twisted to mean suicide bomber. Qawim was misconstrued to mean terrorism; intifada was hammered and tortured until it sounded, to them, like violence.

And Allahu Akbar here does not mean what they think it means either: the feverish cry of some demented fanatic bent on destruction.

The story of Dareen is the story of the Galilee, al Jalil—its fertile hills, blooming with poppies, olive, and thyme, twinkling at night with the lights of all of the Palestinian towns and villages that weren’t erased and never will be: Mashhad, Shefa-’amr, Tur’an, I’billin, Kufr Manda.

And Reineh, of course, Dareen’s modest hometown tucked in the bend of the road between Nazareth and Kufr Cana where thousands of people live, work, raise children, and drink coffee beneath grape vines.

Dareen’s is the story of those extra/ordinary people. She is one of the souls who makes the choice to remember and resist, and who speaks out when others can’t or won’t.

She is not alone. Stories like Dareen’s make it more likely that the balance will tip. Any day, any hour, people around the world will come together to insist that occupation is the crime—not existence, not resistance, not words, and certainly not poetry.

In a few months’ time, Dareen Tatour will be a free woman, and her journey will have only just begun.