Gideon Levy at his best. The Israeli prophet ridicules the great leader..How long can the civilized world buy this second-rate leader’s lies?

What Netanyahu’s First Truthful UN Speech Would Sound Like

Each year I stand before the UN Assembly as Israel’s prime minister and try to distract and mislead you; now I will tell the truth about Iran, the Palestinians and Israeli democracy 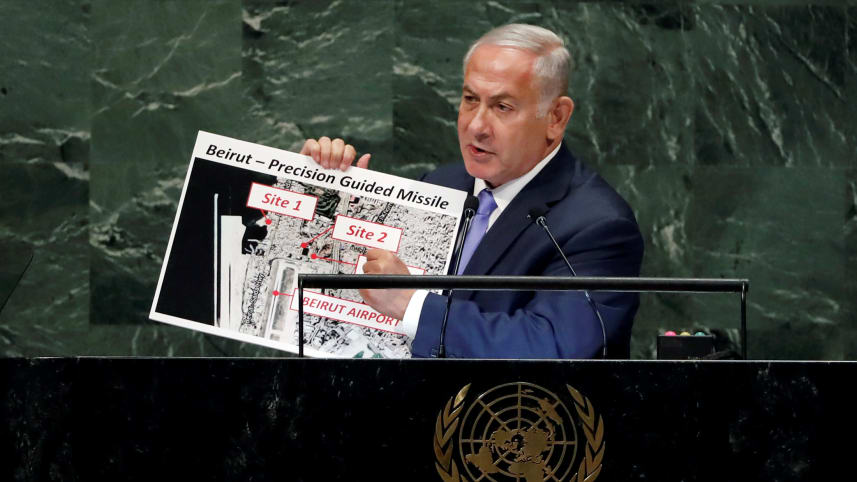 In light of the disinterested foreign responses to my speech to the General Assembly Thursday, I took the unusual step of asking the United Nations Secretariat for leave to speak again. I promised to deliver, for the first time in my life, a speech containing only the truth. I thank the secretariat for granting my request.

Distinguished delegates, each year I stand here as the prime minister of Israel and try to distract and mislead you, the world and the citizens of my country. All my speeches always focused on one topic: Iran, Iran and Iran.

I’ve brought visual aids, I’ve pulled out gimmicks, I’ve revealed real and imaginary intelligence, all to distract you. Many of you, first and foremost the United States, have fallen into the trap I set for you, and Iran has become the enemy of humanity. Today I want to tell you the truth: Iran is far less dangerous than I made it out to be. Israel has the strength to defend itself from it; the nuclear agreement was good and better than all the alternatives. Forget about the ridiculous pictures I showed you. There really is a rug-cleaning operation on Maher Alley in Tehran, as I told you, but you of course know that in Israel there are much more dangerous facilities than the one near the rug-cleaning factory, that no one talks about. 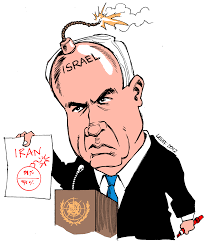 I stand here every year intending to scare the citizens of Israel too. True, the Israeli army warns of more immediate and threatening dangers than Iran, but Israel created those, with my policies and those of my predecessors, and I have no intention of committing political suicide to resolve them. And so I distract you from them.

The Gaza Strip, distinguished delegates, is about to blow up. The human experiment Israel has been conducting for years has reached its most critical phase. Two million people have lost their reason for living and they are crying out from behind the fence in which we have imprisoned them. No one listens to them, unless they launch their hollow weapons at Israel. Soon they’ll do it again.

Responsibility for the next war in Gaza, distinguished delegates, will lie entirely with Israel. It is the jailer, the tormenter and the driver to despair. I promised that this time I would not lie. I could open Gaza to the world, we could allow its inhabitants a life of freedom and prosperity, but we chose to imprison them. That’s convenient for us and you don’t care

This is what we do in the West Bank, too. Never, dear delegates, did I intend to bring about an end to the occupation, nor do I intend to do so now. Understand this. Everything I do is to perpetuate the status quo and make the Palestinians so miserable that at least some of them will leave. You permit me to do this and I thank you. Israel is the state of the Jews, of the Jews alone. And we will continue to enshrine this in laws. 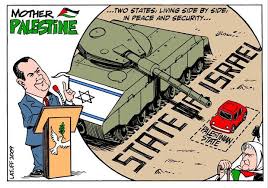 In my previous address, I boasted of drip irrigation and equality between Jews and Arabs. As usual, I concealed from you that there are 4 million people living under our rule who have no rights — and you continue to buy Israel’s democratic fraud. I also lied when I boasted that my country is not racist. I didn’t tell you about the Eritreans and I boasted about the Ethiopians. Why don’t you ask the Ethiopians if they live in a racist country? That way, you’ll know the truth 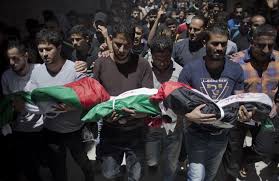 On Friday, distinguished delegates, the Israeli army killed seven protesters in Gaza, including two children, and wounded about 500 more. Show me another country that does such a thing and its citizens continue to live as usual, to travel abroad and to fill the restaurants, who are in 11th place on the global happiness index and who in their chutzpah even believe they are a light unto the nations. Show me another society that is so callous and arrogant.

That is the truth, distinguished delegates. Just once, I wanted to tell it to you.