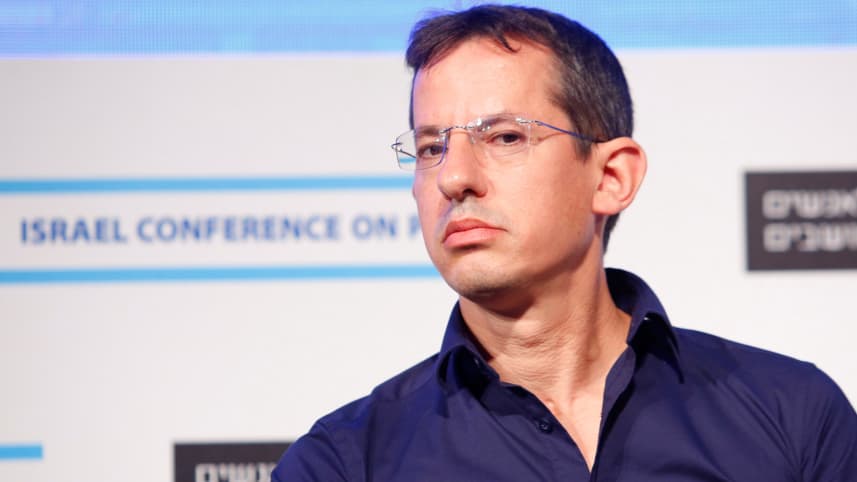 HAGGAI EL-AD is the finest example of prophetic citizenship, a real Jew of conscience. As spokesperson of B’Tselem, the Israeli Human Rights  organization. Two years ago El-Ad ripped  the face off Israeli hypocrisy by speaking in front of the UN Security Council. The Israeli government the paragon of free speech in “the only  democracy in the Middle East” then threatened to revoke his citizenship. He was then barred from speaking at Israeli schools.

DANNY DANON the Israeli ambassador speaking in English  for an international audience celebrated the great Israeli democracy which allows a human rights organization to speak at the UN. After this genuflection to this superb democarcy, Danon speaking in Hebrew for back home Israeli consumption showed the true cowardly  face behind the democratic mask as he spoke to El-Ad in Hebrew; 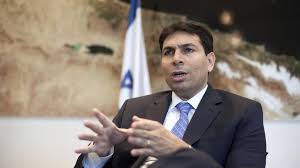 Mr. El-Ad, you are a citizen of the state of Israel who serves our enemies. They are using you against us. IDF soldiers protect you, and you come here and smear them. Shame on you. Shame on you, you collaborator.

What people need to understand, that calling a fellow Jew a collaborator is the worst thing you can say. It is redolent of Holocaust language when some Jews did indeed collaborate with Nazis.

This language, cowardly hidden from a larger audience, is now what passes for statesmanship in Israel.

El-Ad’s crime? Showing the world the ugly face of Israeli apartheid which he described  on Democracy Now

The  key for us is really trying to spell out the daily reality for a Palestinian living under occupation, in the moments that don’t necessarily make the news, when soldiers enter a Palestinian home in the dead of night—and people abroad might assume that they have a search warrant or probable cause or something like that, but, no, military law gives almost any soldier the authority to enter any Palestinian home any time, and the army does—and a million other ways in which Palestinians, day in and day out, have absolutely no control over their lives, have no representation in the Israeli institutions that determine everything in the life of a Palestinian, and to try and explain that, to give flesh and blood to the meaning of living under that regime, not for a month, not for a year, not for a decade—an entire people for more than half a century in that reality.

Now we have more than 170 fatalities. More than 30 of them were minors, under 18. Three of them were actually children. They were 11 years old. These are the youngest ones that were killed since March 30. And more than 5,300 that were injured from live gunfire.

No one is going to be held accountable to any of these killings. Israel has a well-lubricated whitewashing mechanism that doesn’t really investigate. It performs what looks like an investigation in order to push against international legal authority. Sometimes it will take a very long time until they will close the case, sometimes a shorter time. But based on our data analysis, more than a decade of working on such issues both in the West Bank and in Gaza, more than 97 percent of the time, no one will be held accountable.

But it’s really important for me to emphasize that Gaza is also another example of Israeli control. Israel controls everything between the river and the sea. In Gaza, the control is external. We decide what and who gets in and out of the Gaza Strip, except of the Rafah Crossing with Egypt that is closed most of the time.

the Palestinian Bedouin village of Khan al-Ahmar a few miles east of Jerusalem is about to be demolished in a part of the West Bank known as Area C. The governmemnt wishes, to displace many Palestinians out of that area and to expand settlements in there.?

Why are Palestinians building illegally? Because Israel created a planning regime that is meant to serve settlers and to dispossess Palestinians. If you’re a Palestinian in Area C in the West Bank, your chances of getting a building permit from Israeli authorities are around one in 100. Right? So Palestinians have no other choice, and that’s why they build without permission. And the Israeli High Court, ruling says that demolition orders are legal, while completely ignoring the context—that Palestinians cannot build legally in any way—doesn’t make that ruling just or sensible or even formally legal. It only makes the judges of the Israeli High Court complicit in what—if this indeed will take place—will be the war crime of forcible transfer of protected people in an occupied territory.This is part of a broader Israeli policy to take over as much Palestinian land, minimize Palestinians’ footprint,

Take a look at the discriminatory planning mechanisms and the separate legal systems in the Occupied Territories. They are reminiscent of South Africa’s grand apartheid.”What are the Palestinians supposed to do? If they dare demonstrate, it’s popular terror. If they call for sanctions, it’s economic terror. If they pursue legal means, it’s judicial terror. If they turn to the United Nations, it’s diplomatic terror. It turns out [that] anything a Palestinian does besides getting up in the morning and saying ‘Thank you, Rais’—’Thank you, master’–is terror.”

For Israel, this is part of a broader agenda. The agenda is not only to overcome Palestinian opposition to their oppression, but also to silence Israelis and to silence the international community. if an Israeli is against occupation, she or he must be traitors. If an international is speaking or acting against occupation, they must be anti-Semites, right? And I’m saying that with a lot of cynicism, but this is no laughing matter. This is actually quite an effective silencing mechanism that Israel is deploying continuously, all over the world.