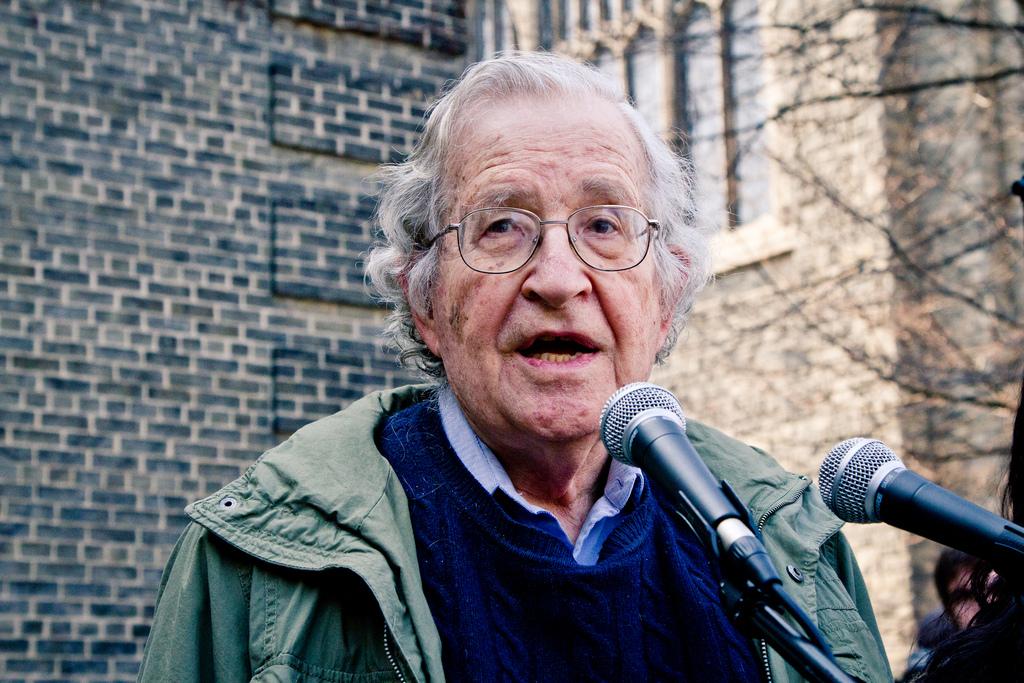 Prominent Jewish intellectual Noam Chomsky has raised concerns over what he believes is the rise of “Judeo-Nazi tendencies” in Israel. Speaking to i24NEWS last week, the renowned political dissident, linguist and scholar repeated warnings given by Yeshayahu Leibowitz, an Israeli public intellectual, biochemist and polymath, concerning the dehumanising effect of Israel’s brutal occupation of Palestine on the victims and the oppressors.

Chomsky commented on remarks by Leibowitz who was nominated for the Israel Prize saying that “Leibowitz warned that if the occupation continues, Israeli Jews are going to turn into what he called, Judeo-Nazis”. Chomsky recognised the description was a “strong term” and that most people wouldn’t be able to get away with describing Israel in this manner but explained that Leibowitz’s status meant that he was able to speak about Israel without incurring fury.

Leibowitz who passed away in 1994 in Jerusalem, cautioned that the state of Israel and Zionism had become more sacred than Jewish humanist values and controversially went on to describe Israeli conduct in occupied Palestinian territories as “Judeo-Nazi” in nature.

Outraged by Israel’s killing of 60 villagers of Qibya in 1953, most of whom were women and children by the notorious Israeli commando Unit 101, known for its brutality and retribution campaigns, Leibowitz has been quoted as saying:

We have to ask ourselves where this youth of ours emerged from; young people who had no mental inhibitions about committing this atrocity? What inner motivation for such acts could have been at work here? This youth is not a mob but the product of Zionist, humanist social education.

Echoing Leibowitz, Chomsky said: “If you have your jackboot on somebody’s neck, you have to find a way to justify it.” Repeating Leibowitz’s warning he added that “blaming the victim was a direct reflection of the continued occupation, the humiliation of people, the degradation, and the terrorist attacks by the Israeli government”.

The former MIT linguist said that being critical of the occupation in Israel today means being labelled a traitor, a phenomenon which has caused the left to virtually disappear from the political spectrum. He pointed to opposition to the situation in the Gaza Strip, which he likened to a concentration camp, as an example of the delegitimisation of the left

“Take Gaza. If you are going to place two million people in a concentration camp, which is in effect what it is, and put them under a vicious siege, you have to ask yourself; am I justified in doing this? People who try to oppose it are traitors, Arab lovers and so on. You have seen this phenomenon in European history, I don’t have to give you examples,” Chomsky said.

Chomsky went on to present a number of incidents where Arab leaders have offered Israel peace in return for withdrawal from the West Bank, all rejected by Israel. Israel, he told, i24NEWS is deliberately choosing expansion over security.