Once again Gideon Levy does  what too few Israelis do, show up at a Palestinian wake to dignify the life of another innocent murdered by the Israeli Defense Force. Levy is aided and abetted by the great human rights group B’Tselem inspired  by Genesis 1:27: “And God created humankind in His image. In the image of God did He create them.” The name expresses the Jewish and universal moral edict to respect and uphold the human rights of all people.The last thing the IDF regularly does.

That a great newspaper like Haaretz allows  a columnist like Levy to write 2,195 words about ““nothing cheaper in Israel than a Palestinian life” proves that in the midst of national lies the prophetic never dies.

Other heroic Israelis are the Rabbis for Human Rights who  derive their authority from “our Jewish tradition and the Universal Declaration of Human Rights.” 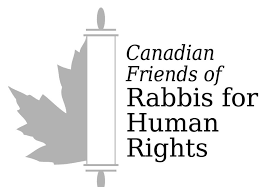 One such rabbi is Arik Ascherman  who has been arrested defending such rights several times. Ascherman’s famous quote was when archaeologists dig in the future they might find a kippah in the ruins of a demolished Palestinian  home.

Back to Levy the secular Jew one of the most hated justice champions in Israel. This isan abbrevited recent column.

The Disabled Palestinian Slowly Walked Away. Then, Israeli Troops Shot Him in the Back of the Head

Here’s the stick. The bereaved brother removes the black plastic that’s wrapped around it reverently, as if it’s a holy relic. It’s a broomstick, stained with his brother’s blood. It’s the stick he was carrying under his arm as he tried to move away from Israel Defense Forces soldiers approaching him on Jaffa Road in downtown Tul Karm, a street of restaurants and cafés. He was shot from a distance of about 80 meters; the bullet slammed into his head from behind.

How can it be claimed that he endangered anyone from that far away?

The street was relatively quiet. A small number of young people winding up the night at the coffee houses – and about 30 soldiers opposite them. The security camera at one of the restaurants shows 2:24 A.M. From the video provided by that camera and three others along the street, whose footage was obtained by B’Tselem, the Israeli human rights organization, we see no stone throwing, no large groups milling around. What is seen are three soldiers moving forward, ahead of the rest of their unit. One shot is heard from a distance, and another; two soldiers apparently fired simultaneously. The person seen carrying a stick and walking on the other side of the street, away from the approaching soldiers, falls to the ground, face down. For a second he tries to lift his head – before dying. Another young man is hit in the leg. The soldiers leave in a hurry.

End of operation. End of the short life of Mohammad Khabali, whom everyone here called “Za’atar”

affectionately (after the popular seasoning made of wild hyssop). Mentally challenged from birth, he never hurt a soul and helped local café owners clean up at night in return for a free smoke on the narghile; occasionally he would beg for a handout from a passerby. It’s doubtful that the soldier who shot him knew whom he was shooting; it’s even more doubtful that would have cared. He killed Za’atar for no apparent reason and inflicted another disaster on his already unfortunate family, which lives not far away from town in the Tul Karm refugee camp, one of the West Bank’s poorest.

Entering one of the houses, we climb to the second floor: It is the home of the Khabali family and of the camp’s most recent martyr.. We will soon be joined by the bereaved father, Khossam Khabali, His face is a study in grief and suffering. Mona, his wife, a heavyset woman of 50, speaks about her dead son in a whisper. The shock is still palpable here.They describe the last night of his short life.Age 22.

Levy goes into exhaustive  detail about Khabali’s life as a n illiterate, mentally challenged human being loved by his struggling family and the locals who protected him

After leaving the family with a heavy heart, we drive to the scene of the killing. As the video from one camera shows, Za’atar turns around and starts to walk away from the soldiers. Not running but slowly walking. Then he’s shot in the head, from behind.

B’Tselem has released the following statement: “Video footage from four security cameras installed on three separate buildings along the street shows that the area was perfectly quiet and that there were no clashes there with soldiers… The video footage and the eyewitness accounts collected by B’Tselem from people who were near Khabali show no absolutely no of sign of any ‘disturbance,’ stone-throwing or use of crowd control measures.

The Khabali case was closed because his life never interested anyone in Israel, so neither does his death. Because Israel considers the killing of a Palestinian to be far less serious than the killing of a stray dog. Because there’s nothing cheaper in Israel than a Palestinian life. The soldiers who shot Khabali knew this. That’s why they shot to kill him, for no reason at all. 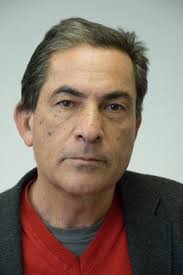