Yom HaShoah day celebrated every April 7 in Israel  commemorates Hitler’s industrial murder of Jews but what have Israelis truly learned about the Shoah?

inured: accustomed to something unpleasant.Amira Hass the daughter of a survivor of Bergen Belsen has little time for  her Israel’s manipulation of the Nazi Holocaust

Holocaust Remembrance Day This Year: A Brotherhood of the Inured

inured: accustomed to something unpleasant.

Death to the Arabs a frequent graffito

In the next two days screens and websites and radio broadcasts in Israel will all but collapse under the visual, verbal and emotional outpouring of the memories of the dwindling number of Holocaust survivors. But anyone who was born to a family who survived the cattle cars doesn’t need these two days in order to remember. Our knowledge has no need of new details. It is etched in us, even if we don’t want it to be.

The spread legs of armed and uniformed officers, laughing as they looked at naked women standing alongside the pit, can pop up from our acquired memory any day. Railroad tracks and striped shirts always arouse nausea, even if our eyes see ordinary railroad tracks and unremarkable striped shirts. Our parents died a long time ago, but by the day we become less capable of understanding how they endured in the freezing weather, on planks alongside other living corpses, burning up from typhus. No new study and no memorial day will answer the questions that we couldn’t formulate, or didn’t insist on asking, in our childhood.

The heart goes out to the survivors, who are moved by the attention they get one day a year. The heart is sickened by the commercialization; because Holocaust Remembrance Day is one of the most effective shapers of the Israeli national-chauvinistic ethos. Between interviews and films and the siren, speeches filled with pathos and insincerity will be heard, disseminating demagogic poison.
Once again they will use our murdered families in order to glorify the Israeli army and its heroism against Gaza and against the village of Bilin, in defense of the Esh Kodesh outpost and the settlement of Sussia. Once again they will draw a line as straight as a snake between the German and Ukrainian murderers and the Palestinians, who in 1948 tried to defend their homeland from those who came to dispossess them.

Our hearts go out to them. Their anonymity is very personal and present, in every succulent prickly pear at the sides of the road, stone houses with arches 90 to 150 years old, and a gentle hill where the ruins of a village can still be seen.

In the next two days it will be difficult to escape the raucous noise of the commercialized, belligerent victimhood. One possible refuge is to think about the ordinary people who were silent. Because they had children to raise and feed, a job, and an elderly mother. People who did not support, but became inured.
Survival on a death march is hard to comprehend. Not a cell in our bodies can understand the assembly line of murder and the murderers. On the other hand, we all share and are familiar with the mechanism of becoming accustomed: to the noise in the street, to the building that blocks our view, to wrinkles, to the coronavirus directives. Becoming inured is part of our daily experience.

In the 12 compressed years of its existence, Nazi Germany managed to implement part of its genocides plan. Israel, which became a refuge for Jews who fled in time, and for the survivors, has existed for 73 years by now. Its military occupation has existed for 54 years. By its conduct Israel proves on a daily basis that dispossession and expulsion of the Palestinian people from their homeland is an integral part of its identity. 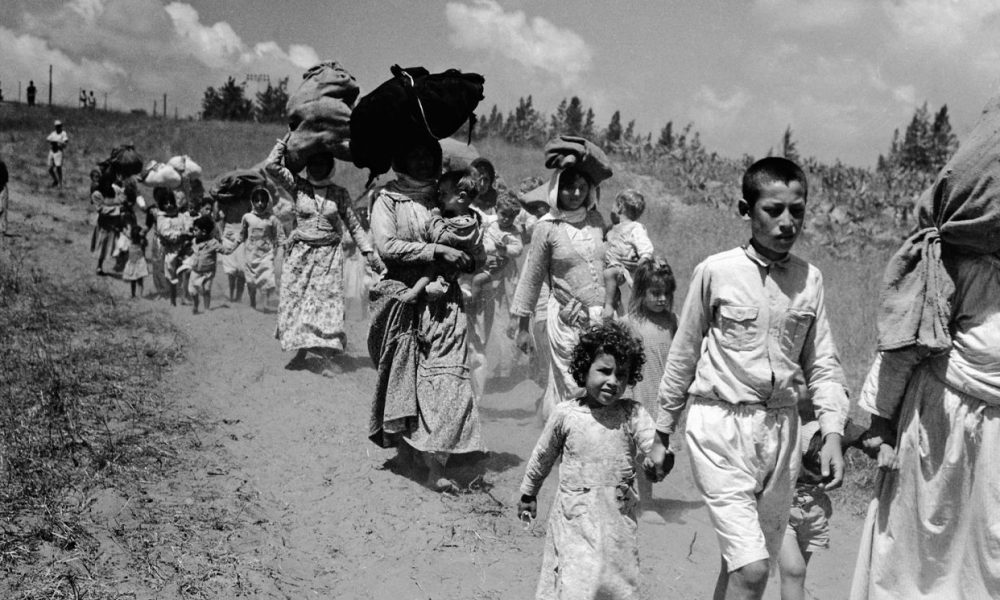 Opponents of the regime in Nazi Germany risked imprisonment, torture and death. There was no information and no photos accessible on social networks. The power to bring about change was not in their hands.

Here, the power to bring about change is in our hands. Protest, opposition and reporting do not involve a particularly high price: a hate-filled internet response, lies by a settler organization, beatings by God-fearing thugs. Dismissal from school. None of these suffice to explain the paucity of Israeli activists opposing the policy of dispossession and expulsion, or the fact that those who are not declared racists have become accustomed to the racist reality and the constant deterioration.

On this day the Israelis who have become inured and those who remain silent must at least show understanding, even, empathy, for the ordinary Germans of those times.